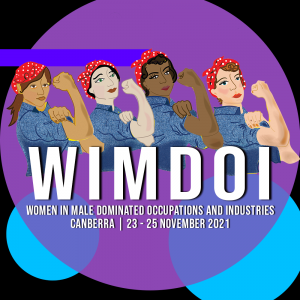 ABS stats don't lie. Senior economic commentators like the Reserve Bank Governor are right. We have a serious problem with wage growth in Australia.
A major part of the solution is to amend the Fair Work Act to remove structural limitations on workers power to bargain fairly with employers.
The current ability of employers to unilaterally and unfairly rip up enterprise agreements during negotiations needs to be removed to restore some basic fairness to the bargaining process. ... See MoreSee Less

CEPU SA MEMBERS TAKE INDUSTRIAL ACTION✊️✊️. It was fantastic to catch up with these great members this morning. Their employer Enerven are trying to take away the workers rights and conditions, so these guys took action and we caught up to discuss many safety issues that are appearing on sites! Education and support are key! Well done Comrades✊️✊️ ... See MoreSee Less

The CEPU, along with the Australian union movement, welcomes the Federal Governments commitment to making changes to prevent dodgy bosses unfairly undermining workers wages and conditions by terminating enterprise agreements.
This is a significant issue for our members at SA Power Networks and Enerven who have been battling their employer (UMPL) for over two years to get a fair deal.
The CEPU has sought assurances on behalf of members that UMPL will not apply to terminate the current agreement and drop employees back to the award - UMPL has not responded.
We eagerly await changes to the fair Work Act to make bargaining laws fairer for workers! ... See MoreSee Less

CEPU Organiser Erin Hennessy is packed and ready to head off on this years Black Dog Ride to the Red Centre to help to raise awareness of mental health and suicide prevention.

If you haven't already and you can, please donate with the link below!

Today SA Power Networks sent Powerline workers home from their Wingfield depot without pay claiming in a letter given to workers citing "We have not been able to find you any duties for you to be usefully employed on this day despite our best efforts" While over 7000 defects exactly like these remain on the network.

We got in the car and went for a ride around the wingfield depot area and within 30 minutes of looking, found 5 defects these workers could have been sent out to fix. From rotten wooden crossarms to broken and damaged cables at the top of the stobie poles.

The "fix it when it breaks" mentality of SAPN has got to be addressed and is a shameful attitude, especially when you couple that with sending workers home without pay while the network deteriorates to the point of failure. Just have a look at what we found in 30 minutes and SAPN are claiming there is no work for these workers to do, despite their BEST EFFORTS.

This is disgraceful conduct by the company and they need to stop this practice at once. Shame SAPN Shame! ... See MoreSee Less