You are here:
2017 NewsGeneral News 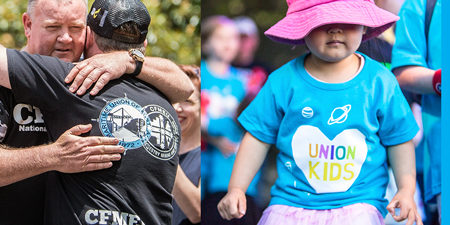 409 union families in the front lines of the battle to change the rules are doing it really tough this Christmas because they’re out of work. What kind of Christmas will their kids have?

Can you help them out?

In Queensland, multinational mining giant and tax cheat Glencore have stolen Christmas from 180 mining families at Oaky North. For over 150 days these workers have been locked out of work because Glencore wants to impose an agreement that offers worse conditions and rights than they currently have, and the workers have twice overwhelmingly voted to reject it.

In Collie, Western Australia 29 maintenance workers are on strike at the Griffin coal mine, a subsidiary of multinational giant Lanco Infratech Limited, after their employer successfully applied to Fair Work to have their employment agreement terminated. As a result the maintenance workforce was forced to accept Award pay and conditions, leading to a reduction in pay of 43% for the last year.

And in Gippsland Victoria, 200 people have been out of work for more than 180 days. They’re out of work because their employer UGL have teamed up with ExxonMobil Esso Australia and told the workers that they have to accept 30 per cent pay cuts and a truly awful anti-family roster if they want to keep their jobs.

These corporations are able to do this to these 409 families because our workplace laws are broken.

If you think this is wrong, please chip in to help these families now.

The workers are taking a stand against corporate greed, at significant personal cost.

There’s no pay coming in, the bills are piling up and Christmas is almost here. They want to be able to do something nice for their kids.

There is one thing working people have at these times and that’s solidarity. Solidarity is supporting each other when times are tough. Let’s show our fellow unionists we have their back and chip in.

Let them know they are not alone and that everyone in our proud movement stands with them. Do it for the kids.

This message is only visible to admins.